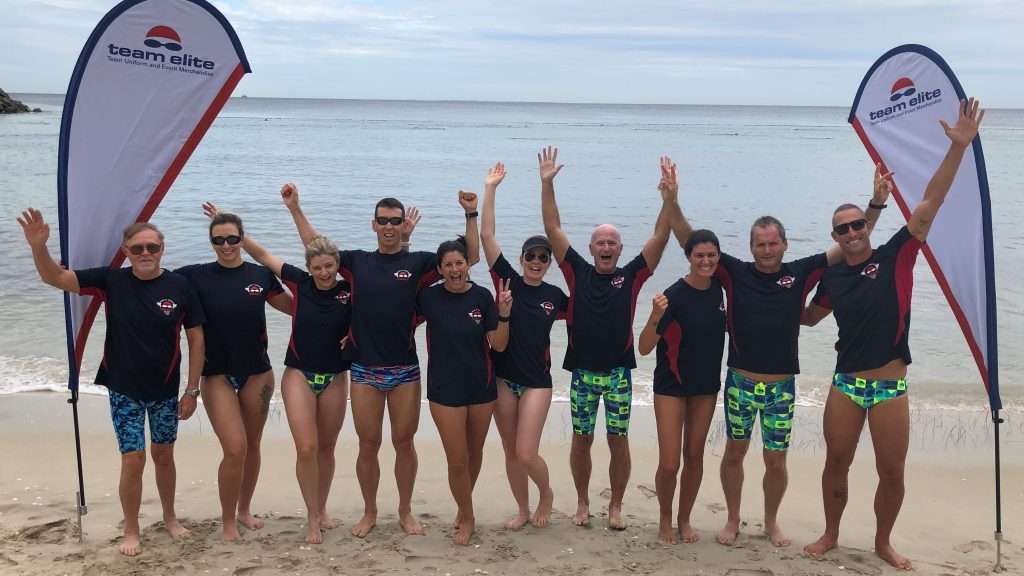 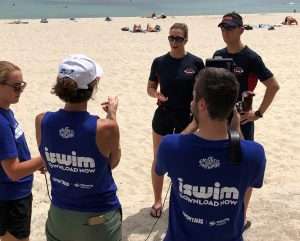 There’s a first time for everything, so on 22 February 2020, Team Elite’s Rottnest Challenge teams took to the water to complete the 19.7km ocean swim from Cottesloe Beach to Rottnest Island. Make no mistake, this was no ordinary ocean swim! Our first team to enter the water (Wave 7) was mixed duo ‘Celtic Duo’, Aisha Thornton (Scottish swimmer – 2014 Commonwealth Games) and Nigel Fanning. With the timing chip strapped on, experienced Open Water swimmer, Aisha started the journey in what is considered ‘reasonable’ conditions for ocean swimmers.

After progressing at speed through the ‘swimmer only’ zone with a clear strategy in mind, Aisha was met quickly by her paddle craft and together they proceeded through the chaos of craft and swimmers looking for one another, toward the meeting point for the ‘support boats’. As a strong competitive swimmer, Aisha was certainly not phased by this challenging scenario. For those unaware of how the Rottnest Challenge works, each swimmer/duo/team must have a paddle craft within their vicinity, who will help guide/direct them without offering drag assistance and each swimmer/duo/team must also have a support boat. Onboard is a support crew who take care of the athlete’s during their break/feeding etc and who also need to keep an eye out for any dangers etc. So it really is a team effort to complete the journey!

My kayaker did a great job of clearing a path for me and yelling at the other boats to get out of the way! Haha! That first bit where all the boats are trying to find their swimmers is absolute chaos and it’s really intimidating to have the boats so close to you. You’re really vulnerable so it’s the paddler’s job to keep you safe from harm. ~Aisha

After the first 2000m (and being joined by the paddle craft and support crew), it was Nigel’s turn to tag Aisha and jump in for his first leg. The two alternated swimming and recovering until the final section of the race where they had to leave their craft/support boat behind and were able to both swim the final 1200m to the finish line. Aisha and Nigel finished in a time of 04:45:09.19 – First Place Mixed Duo!  Results

I was worried the whole way about the sharks…! They have excellent planning for sharks, with helicopters keeping watch and plans in place for a shark sighting, but I still spent the whole swim trying not to look down and pushing away thoughts of dark shapes below. My professional swimmer training and competitive edge took over and I just tried to focus on the swimming.

With two other teams taking on the challenge, the job was not over until our final swimmer left the water.

Conditions were challenging this year with crosswinds and choppy conditions in the middle of the channel, for such a long swim the times are very dependent upon conditions. That’s what keeps open water swimming interesting!!!! A massive day was had by all, including swimmers, paddlers & support crew but they were certainly rewarded at the end where they met some quokkas and re-nourished themselves 🙂

With the countdown on til next year’s Channel Swim – who’s up for the challenge!???! 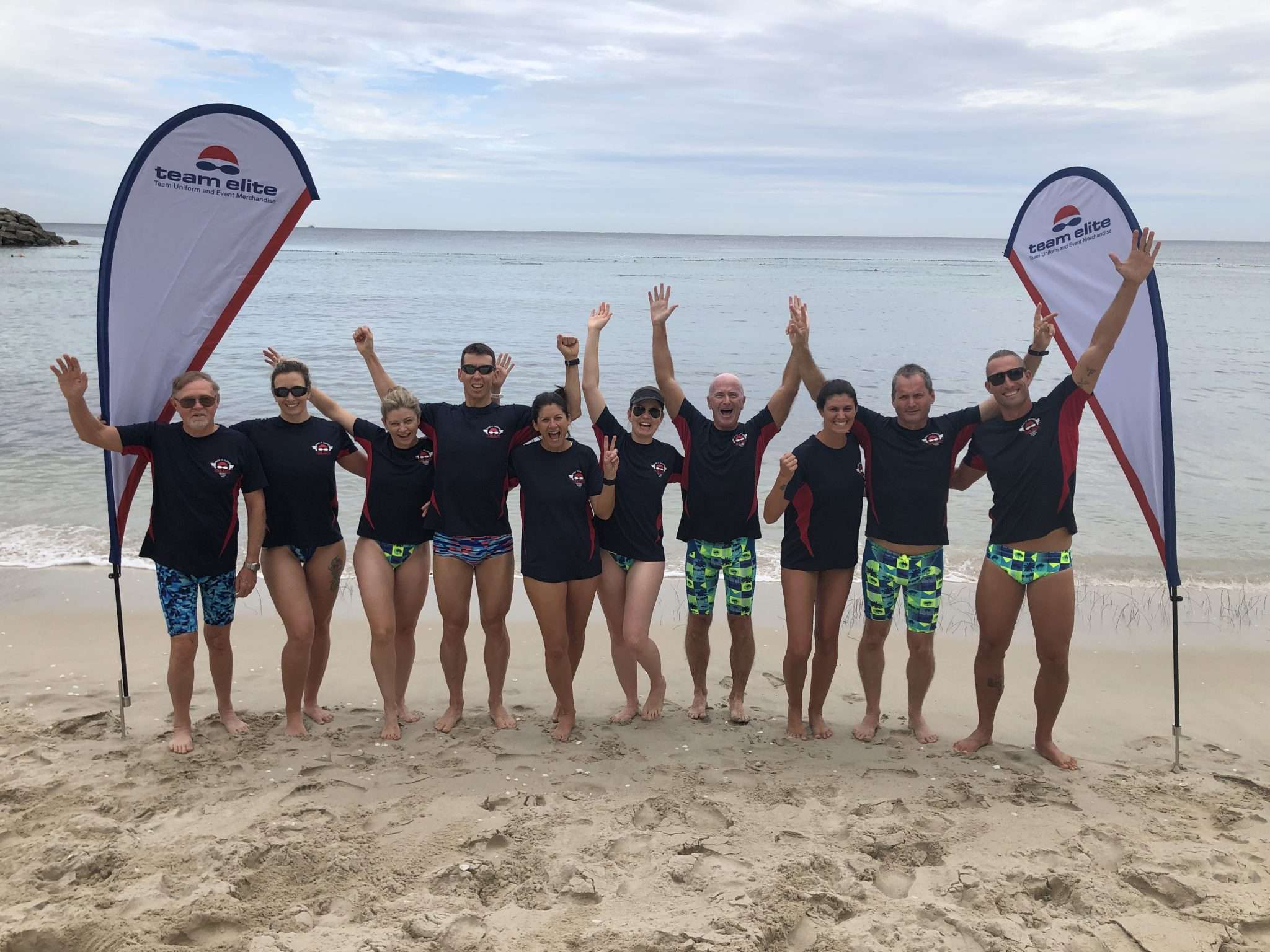 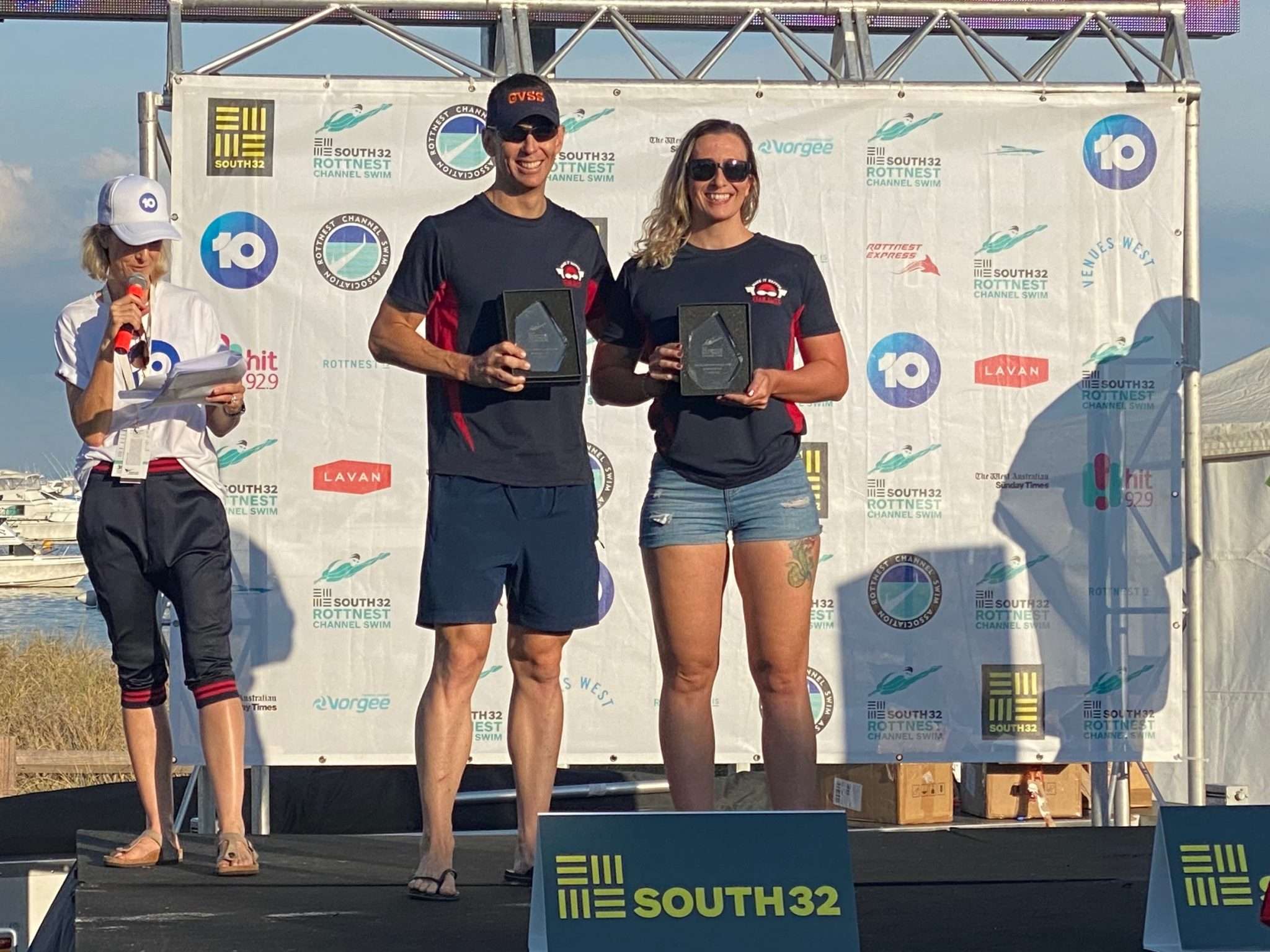 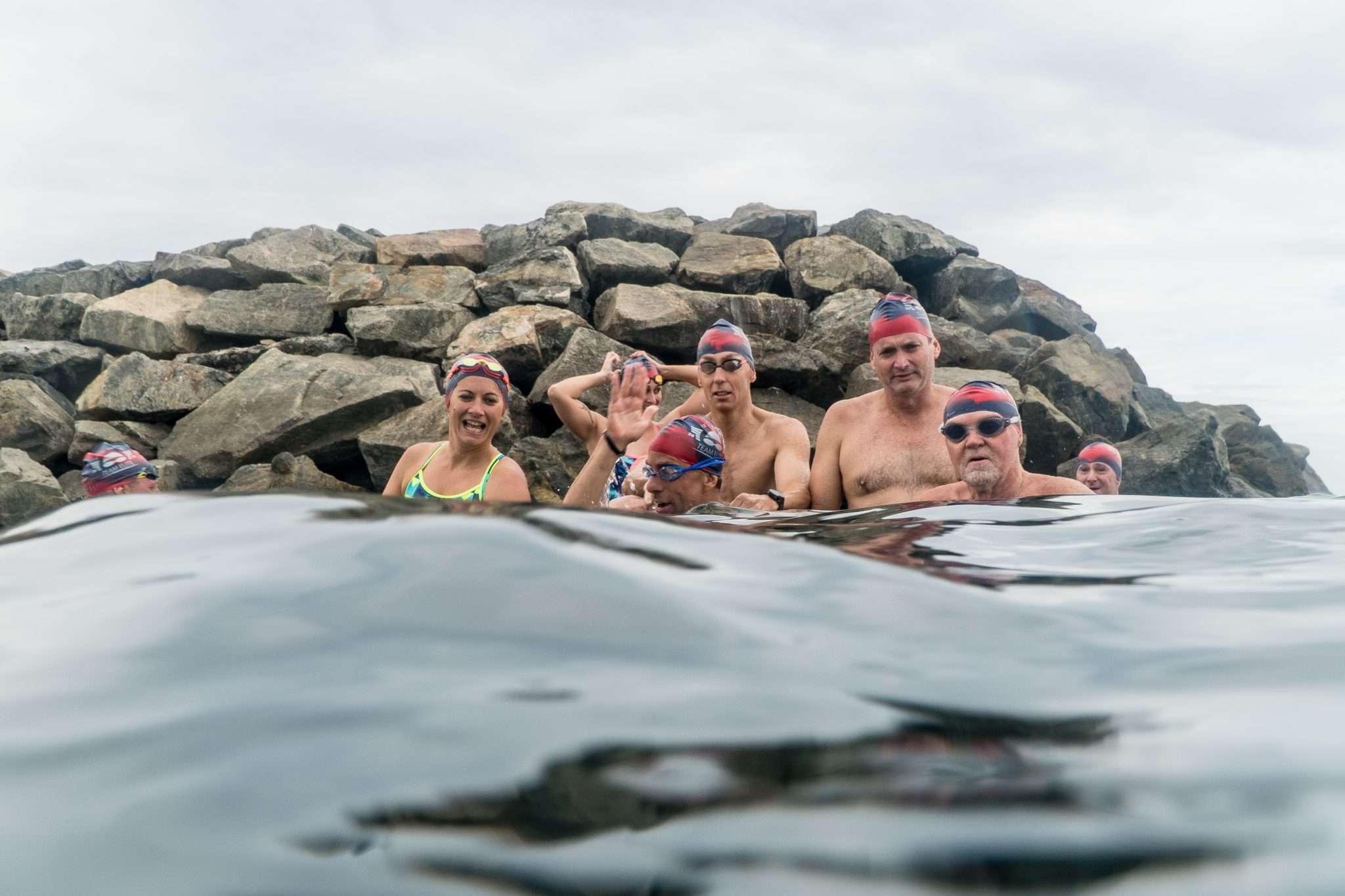 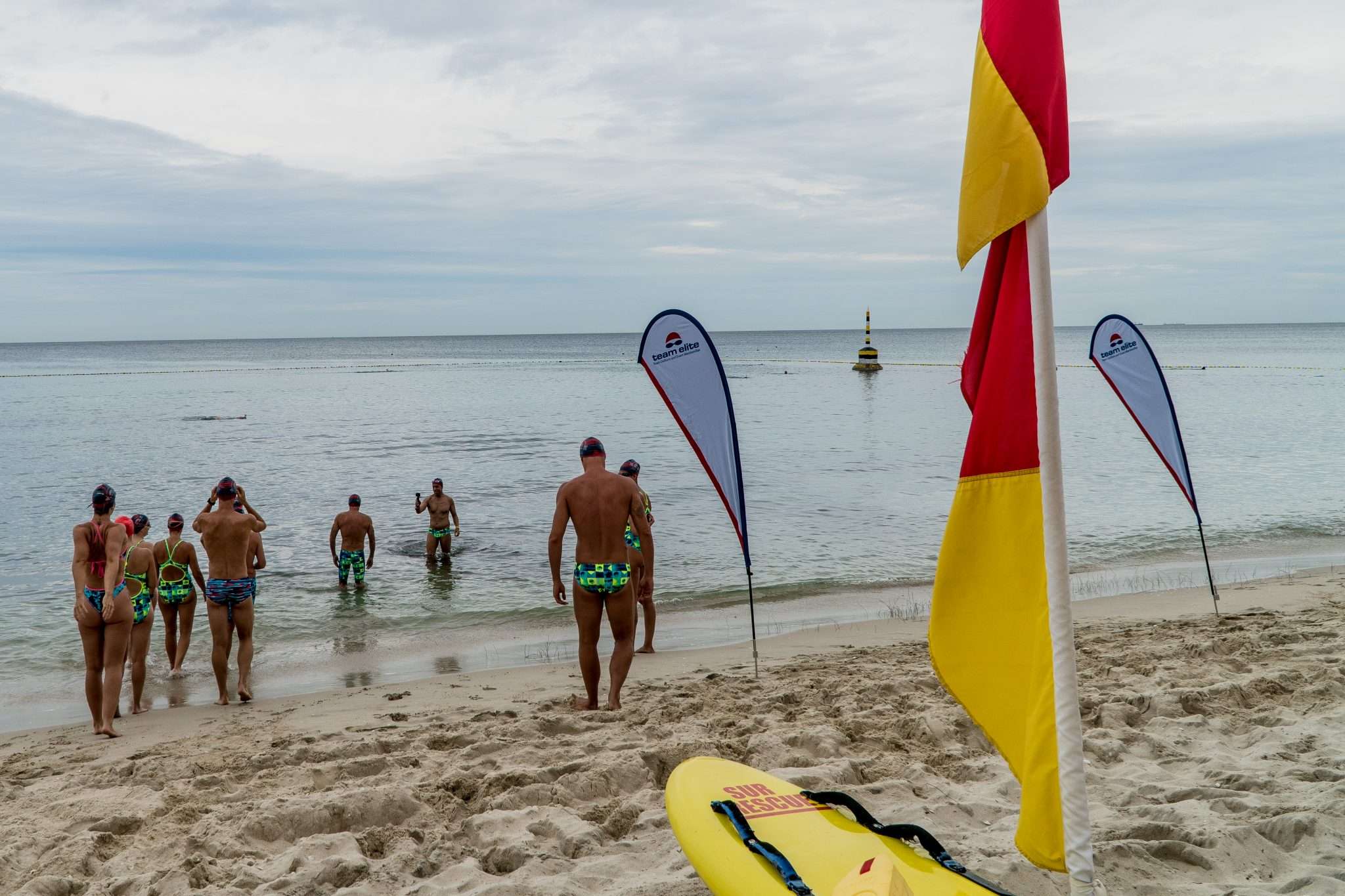 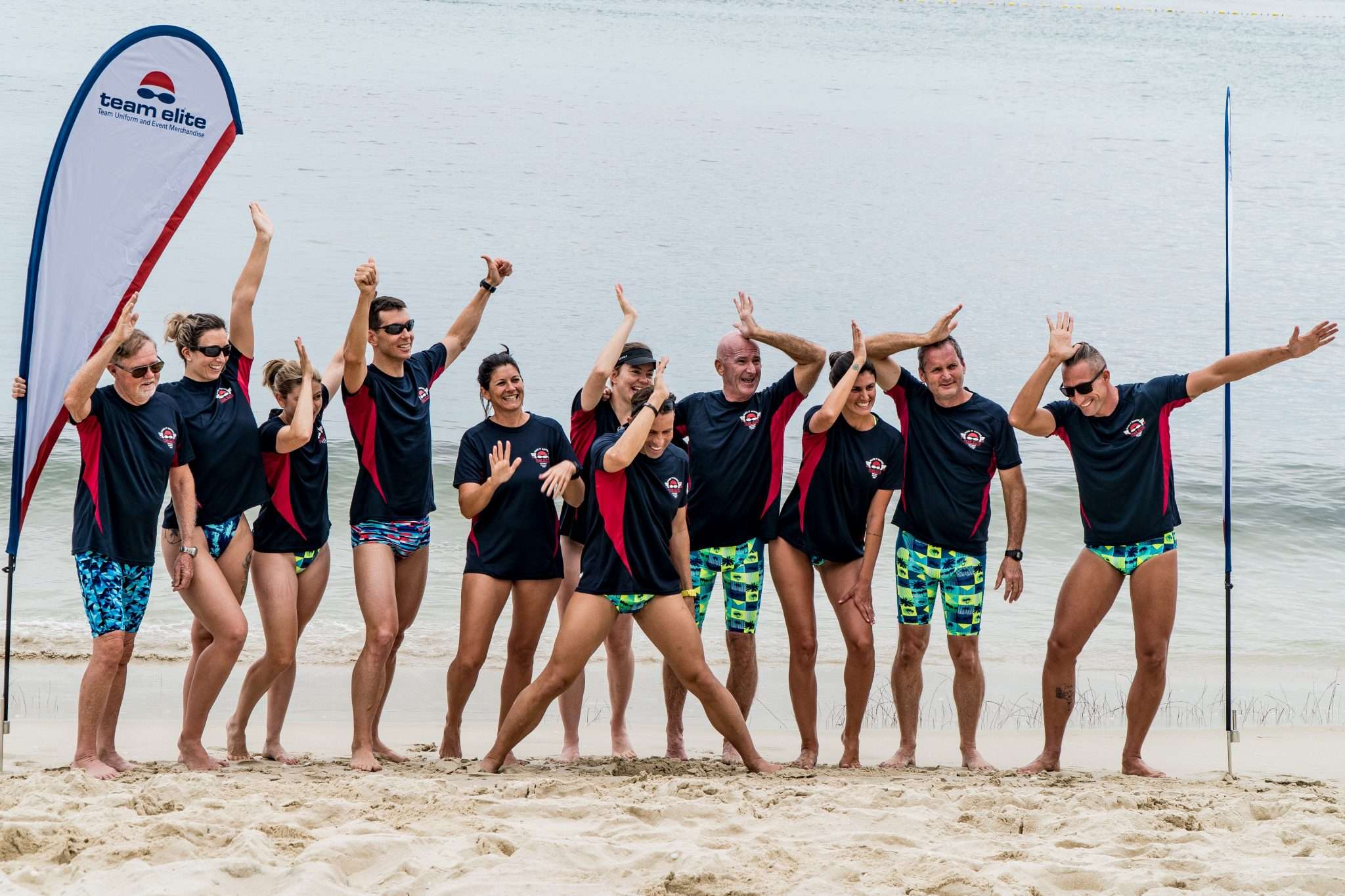 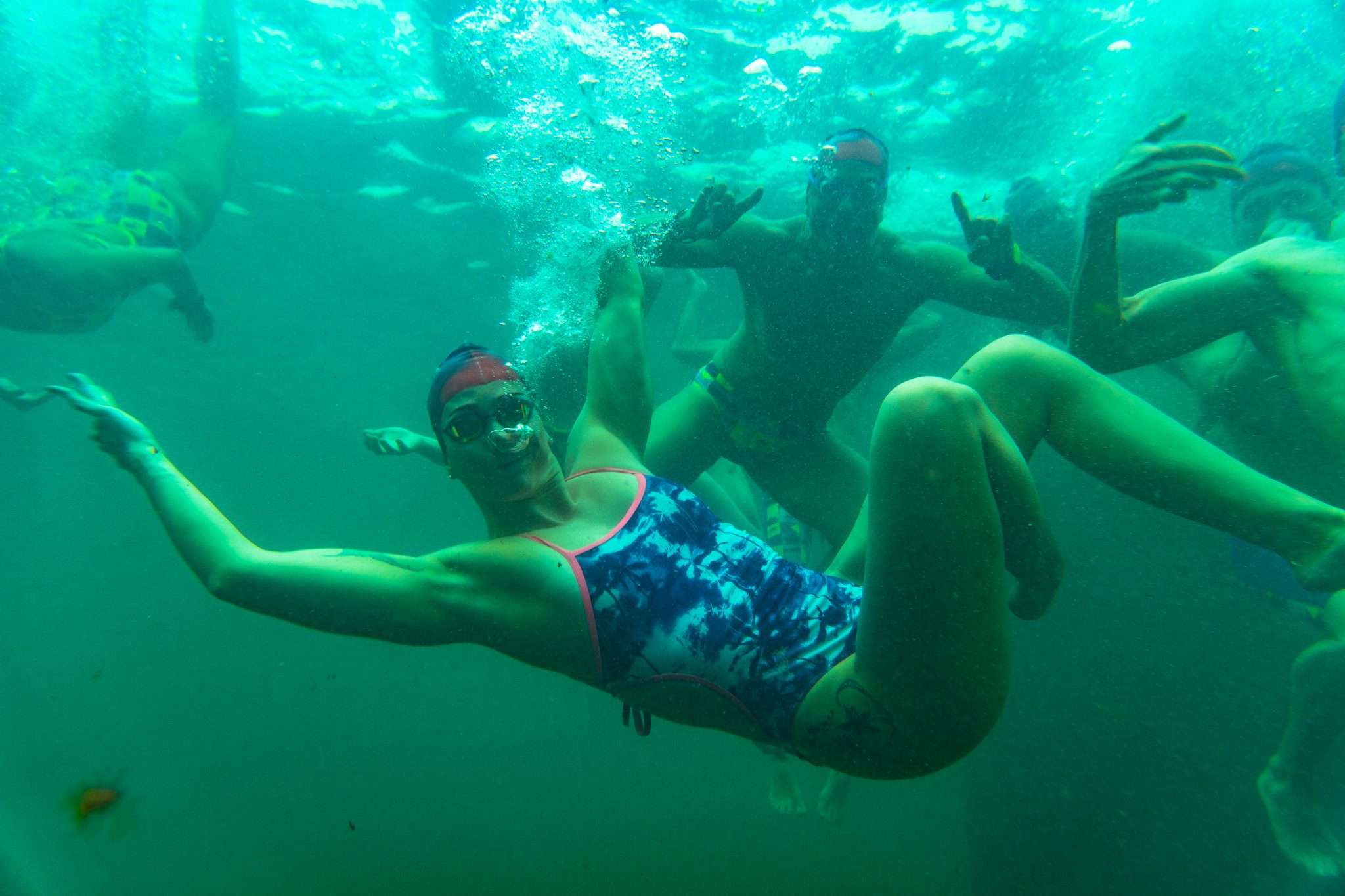 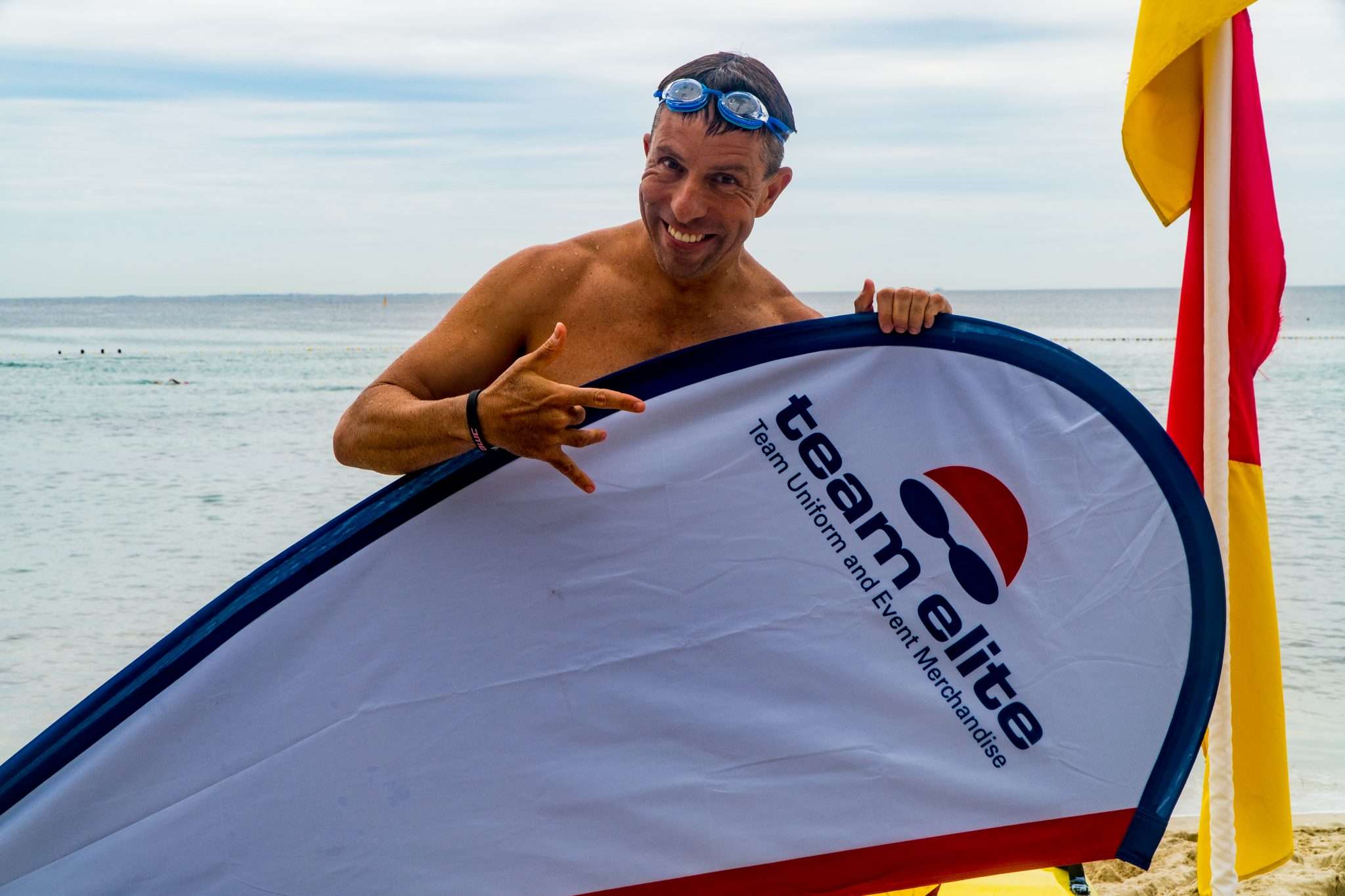 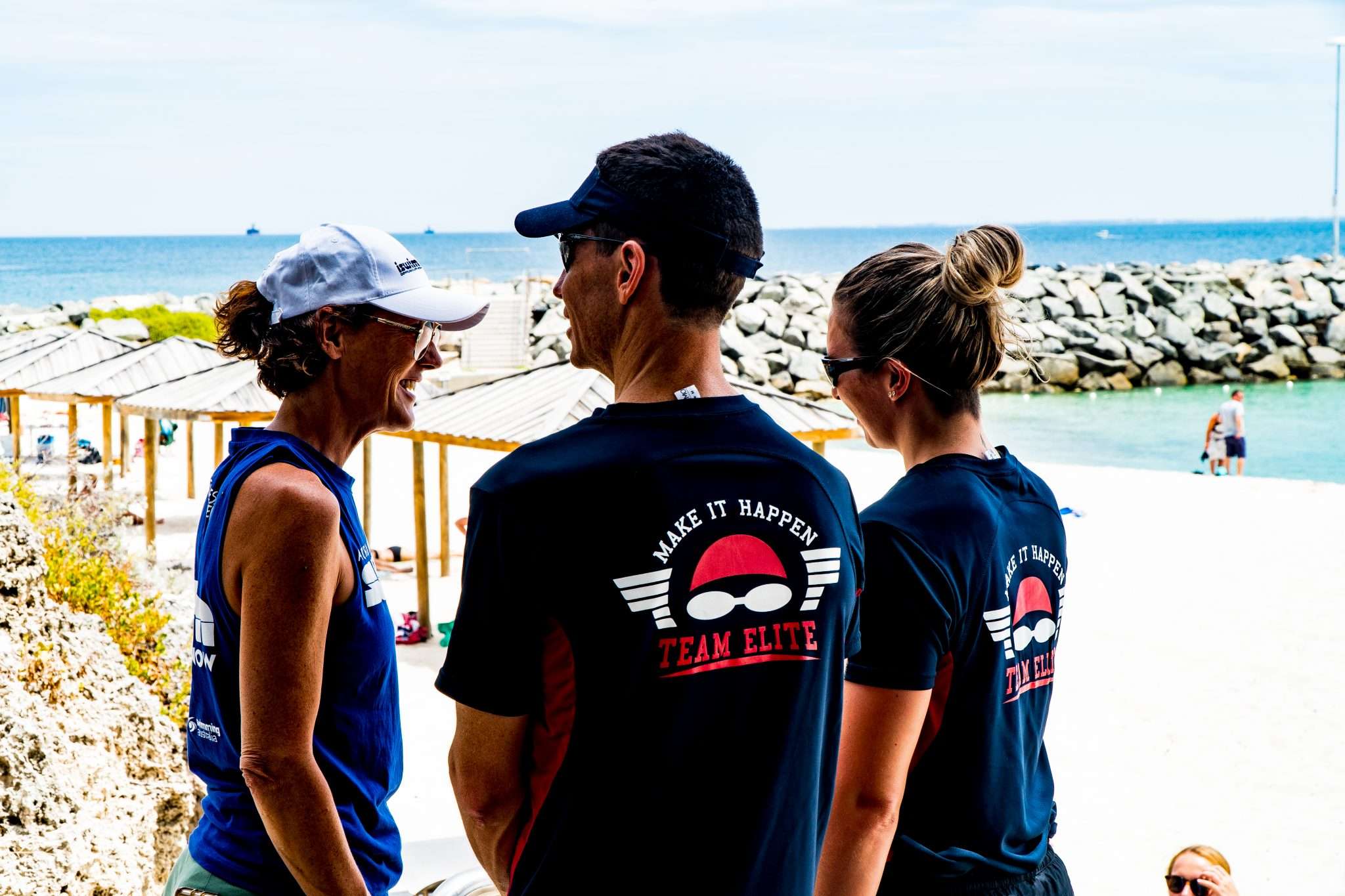 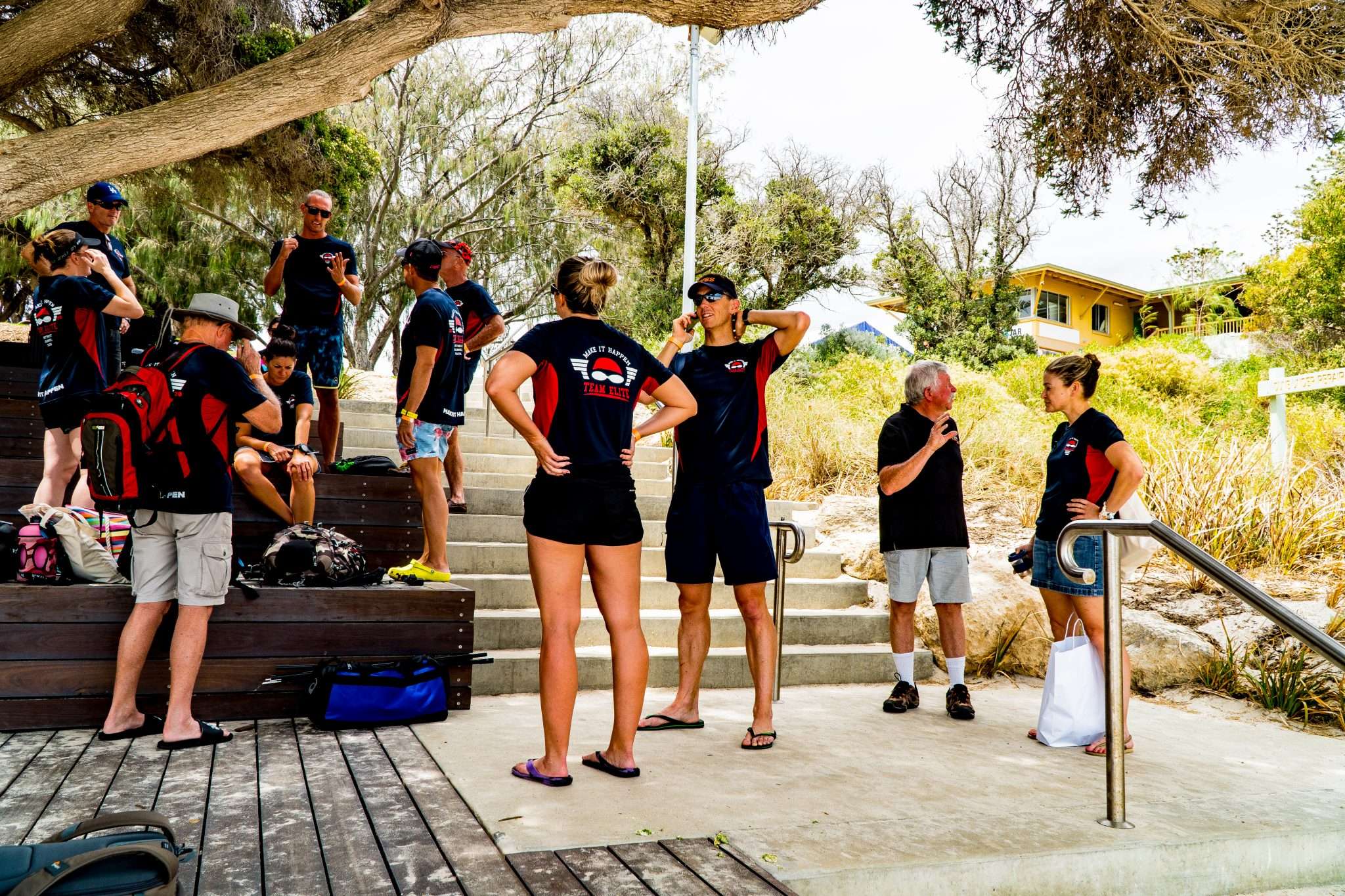 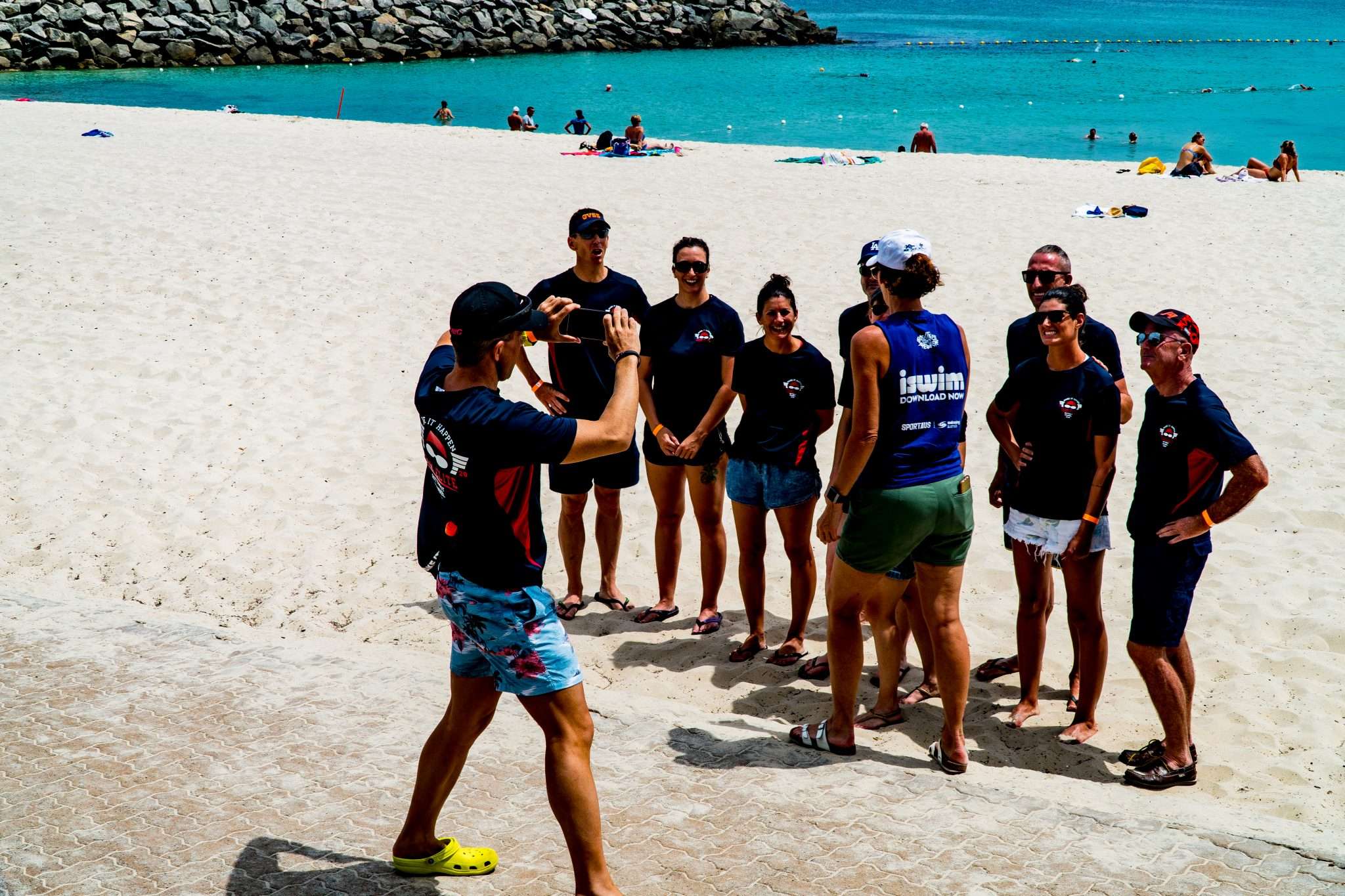 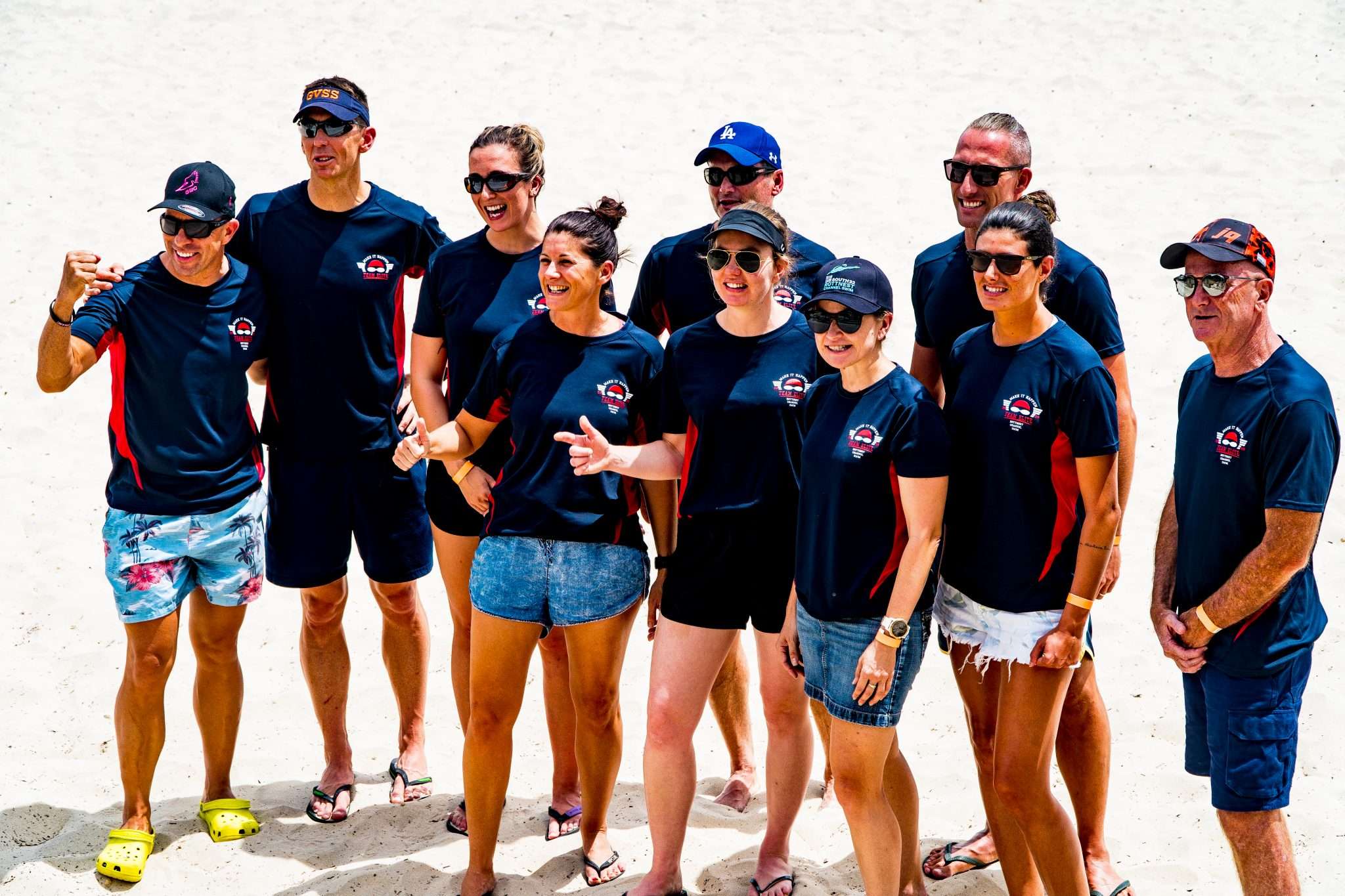 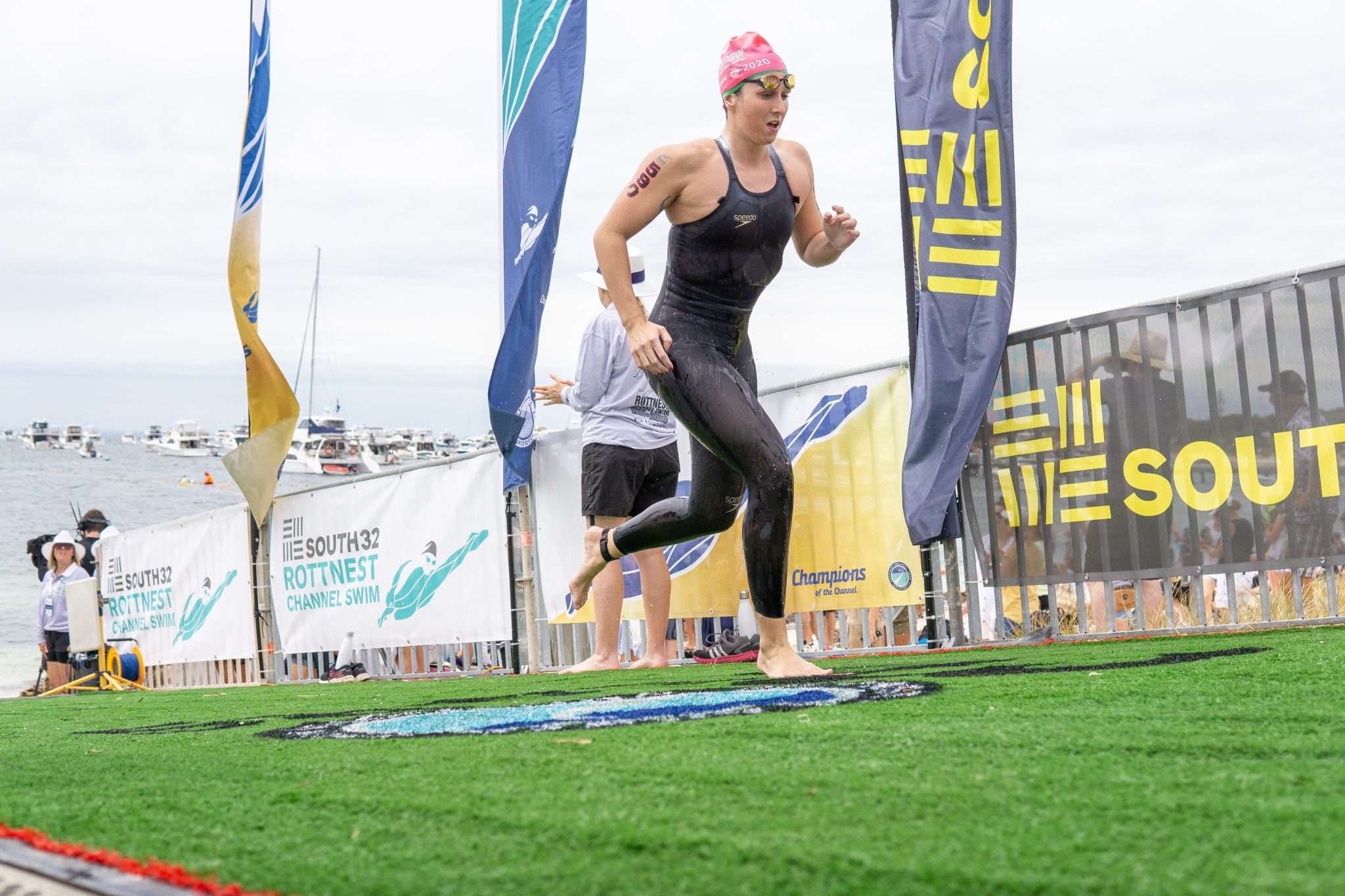 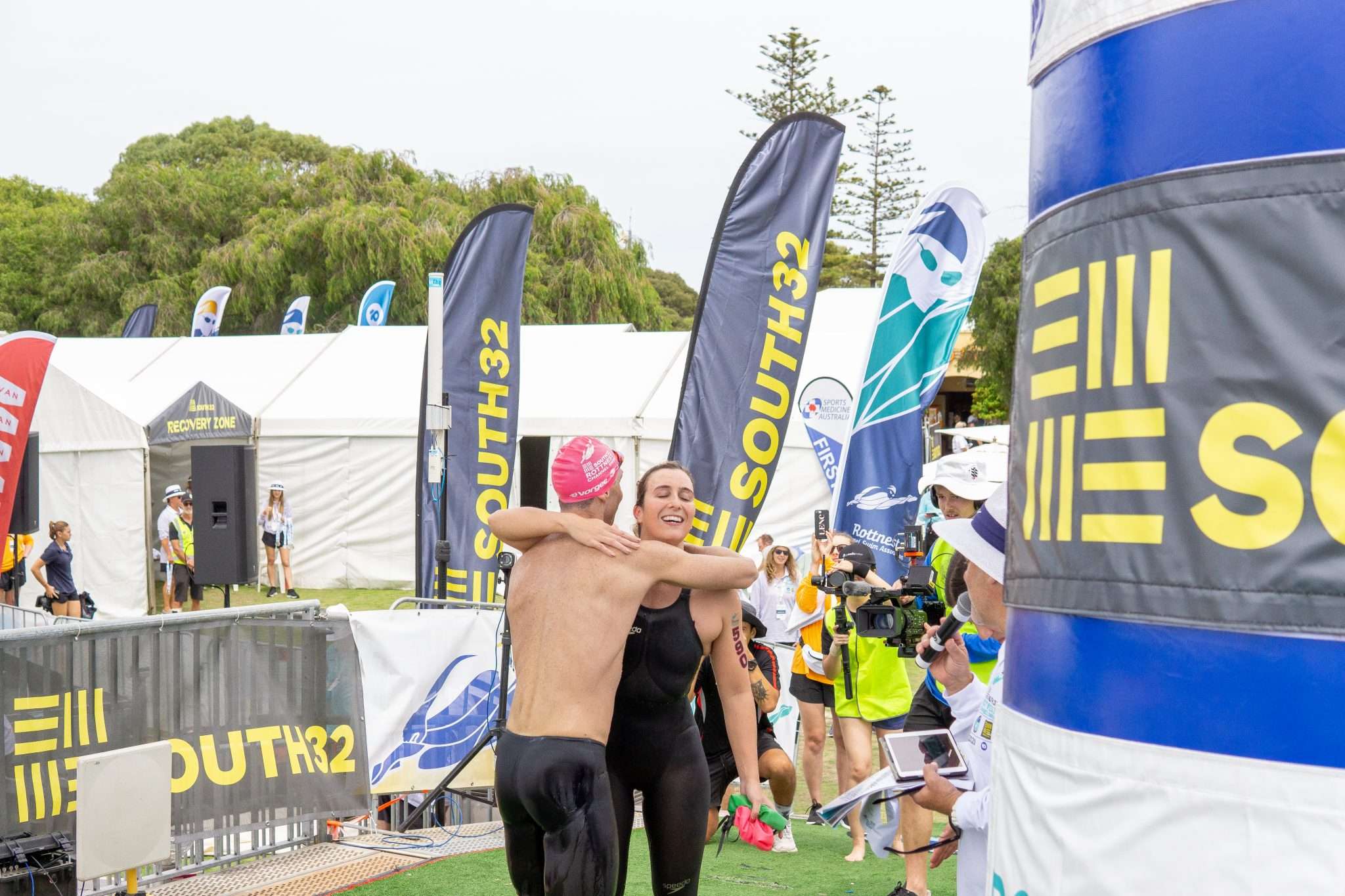 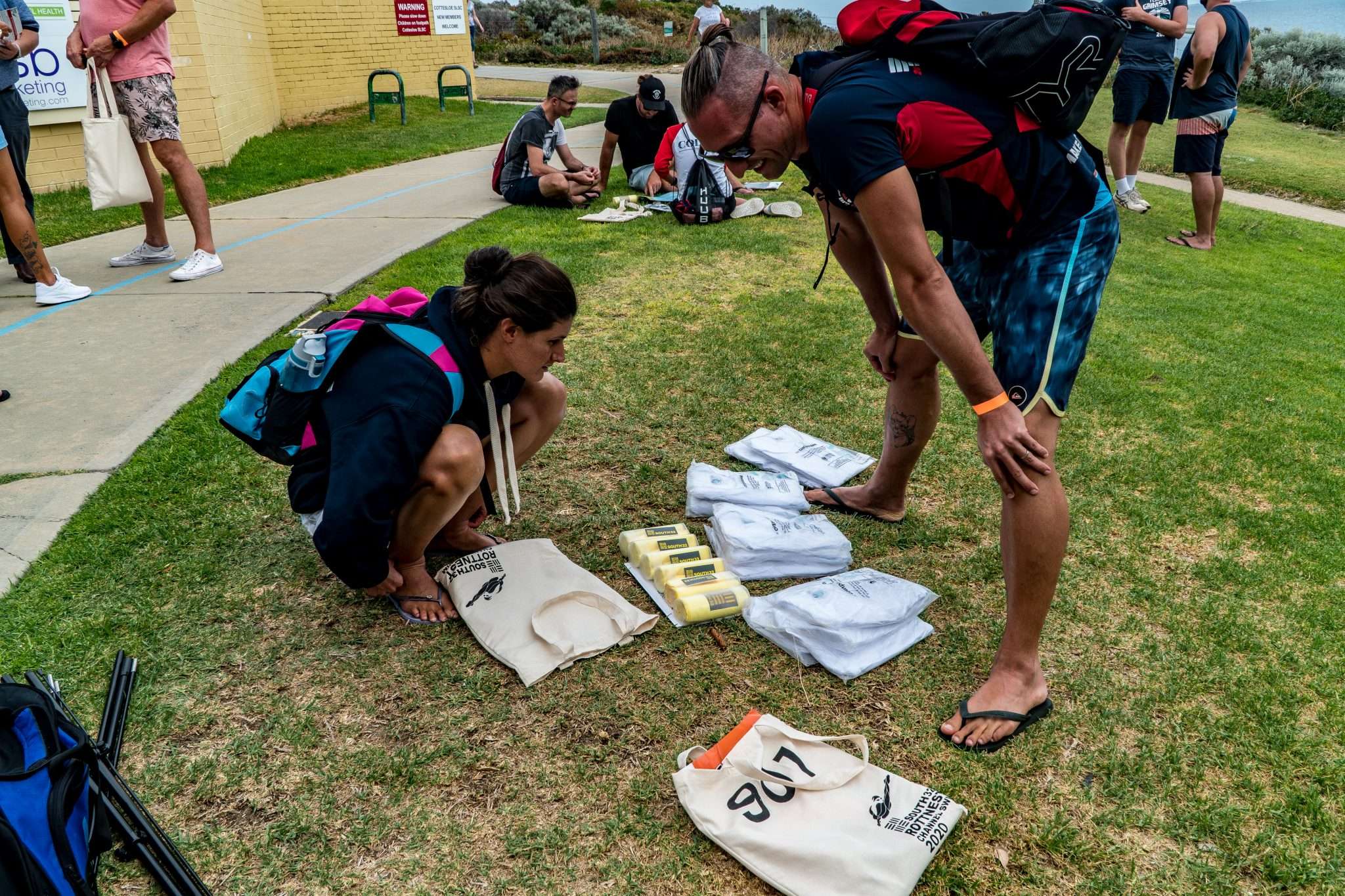 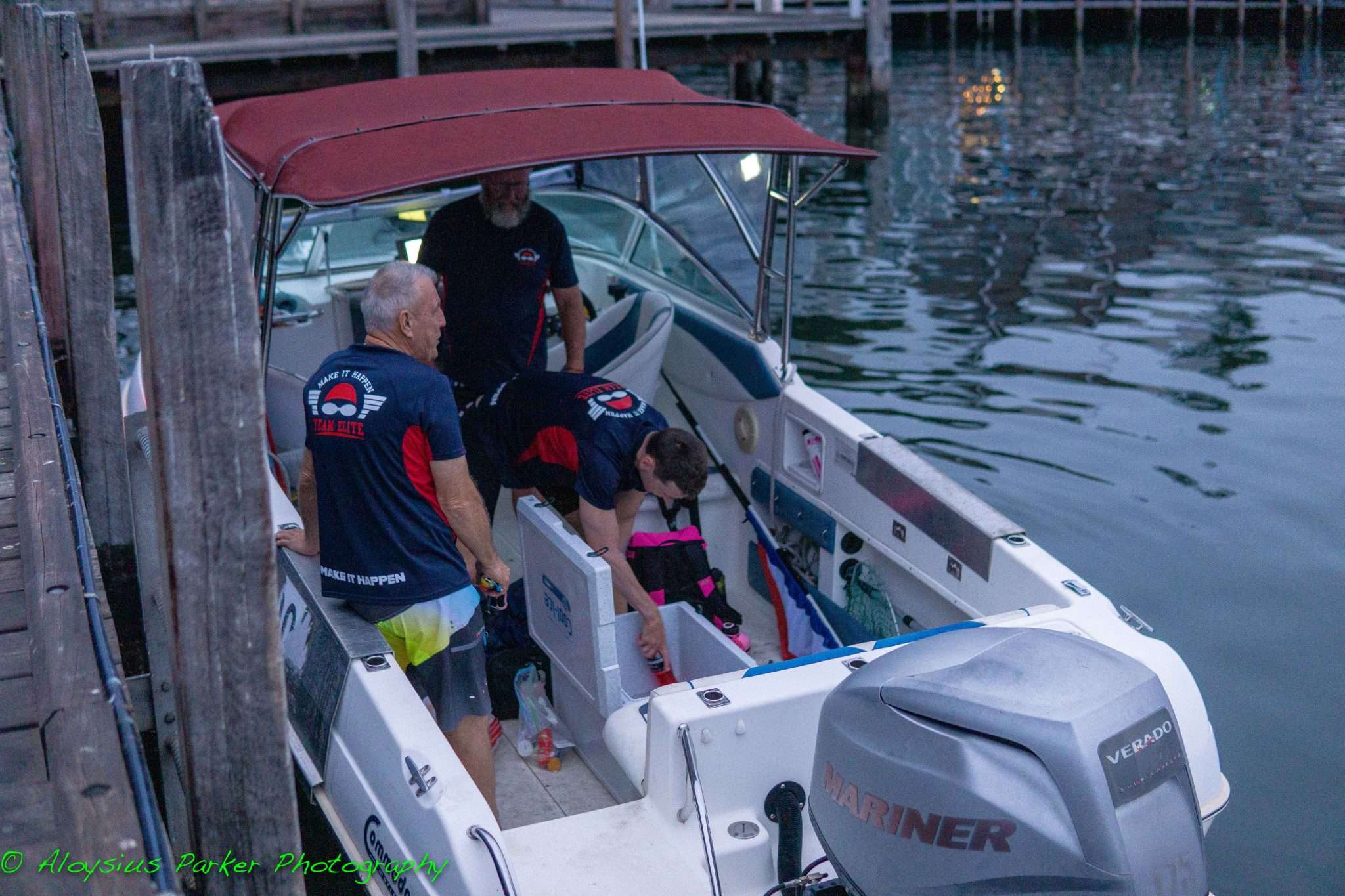 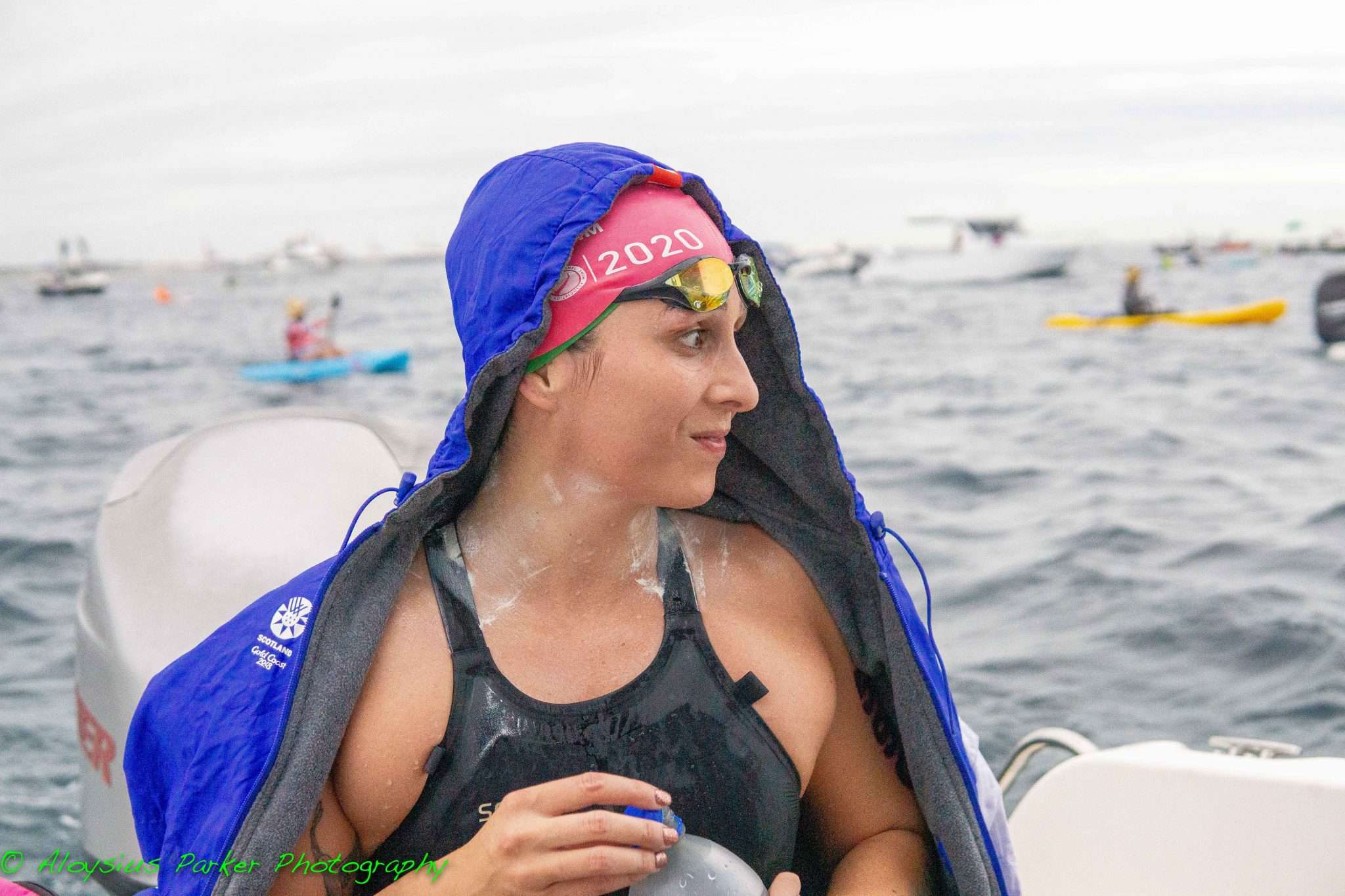 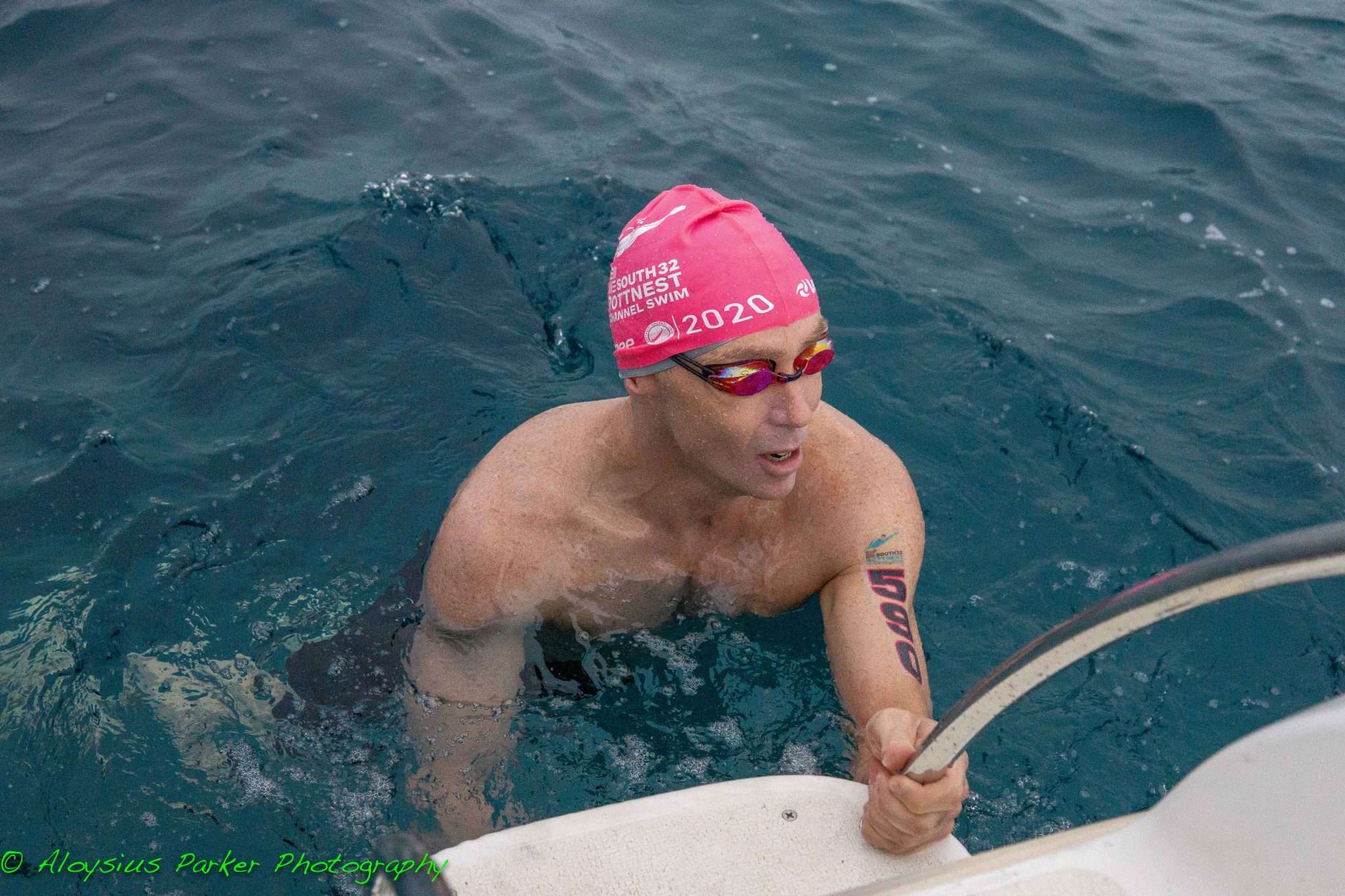 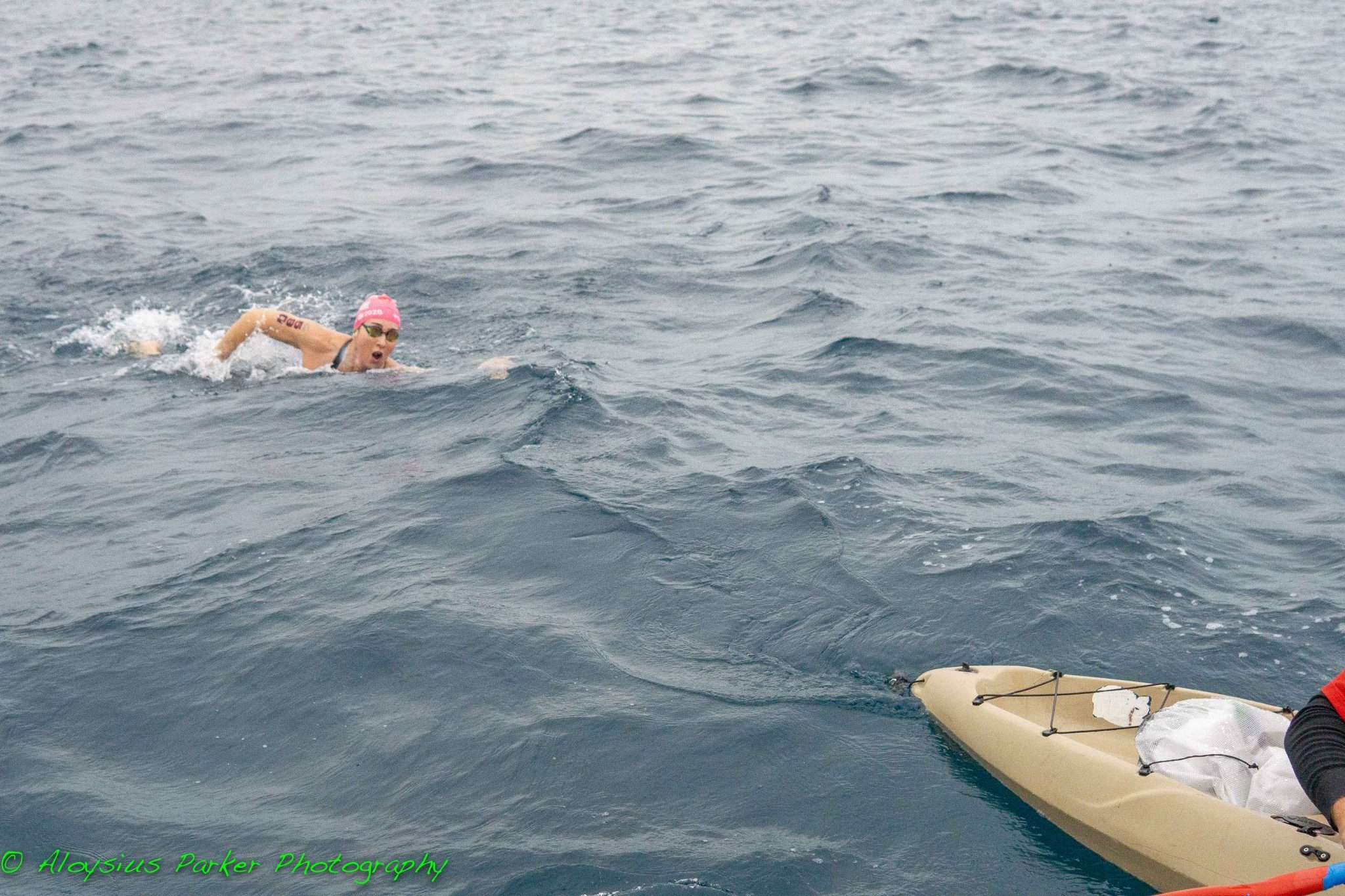 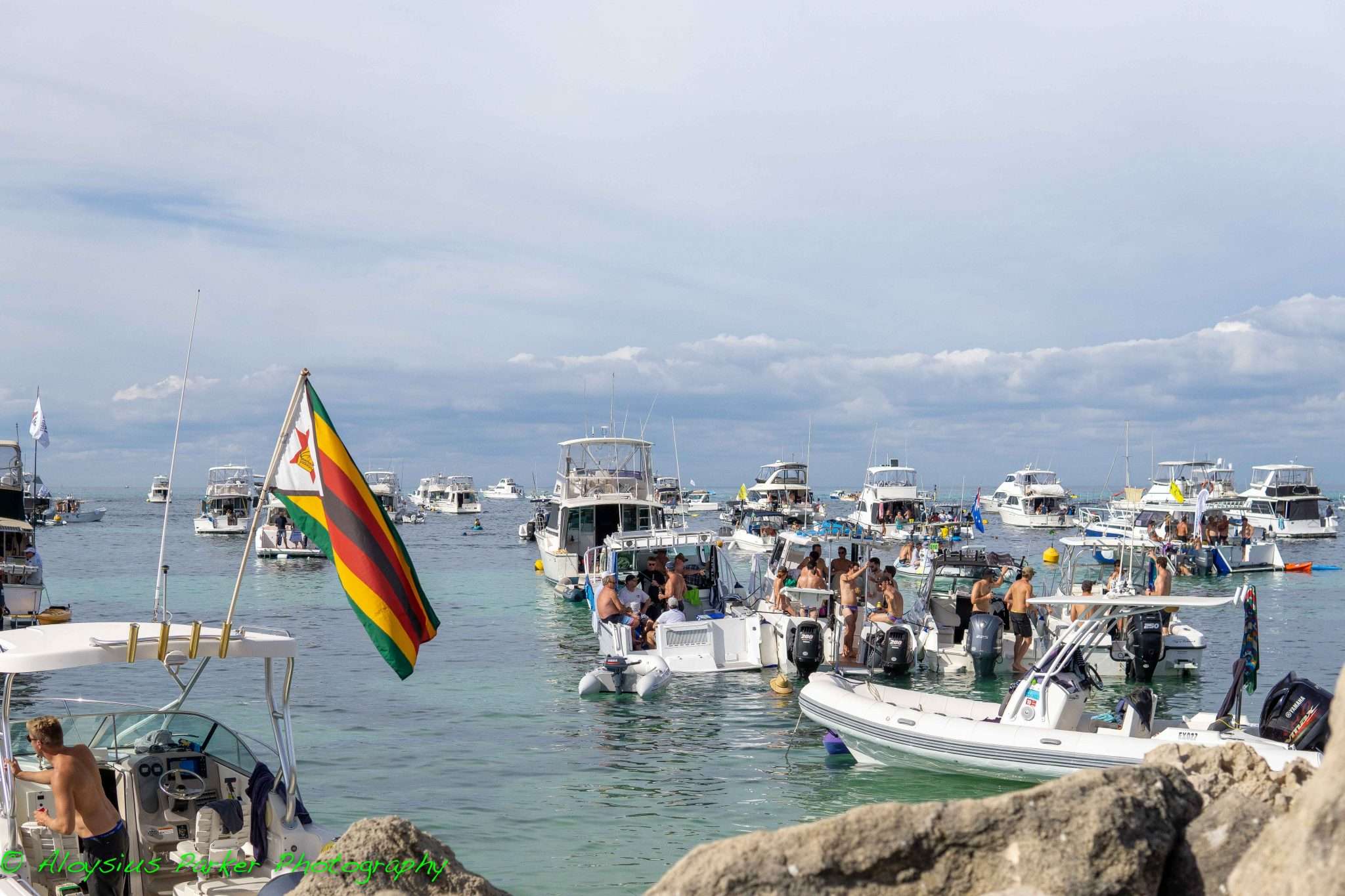 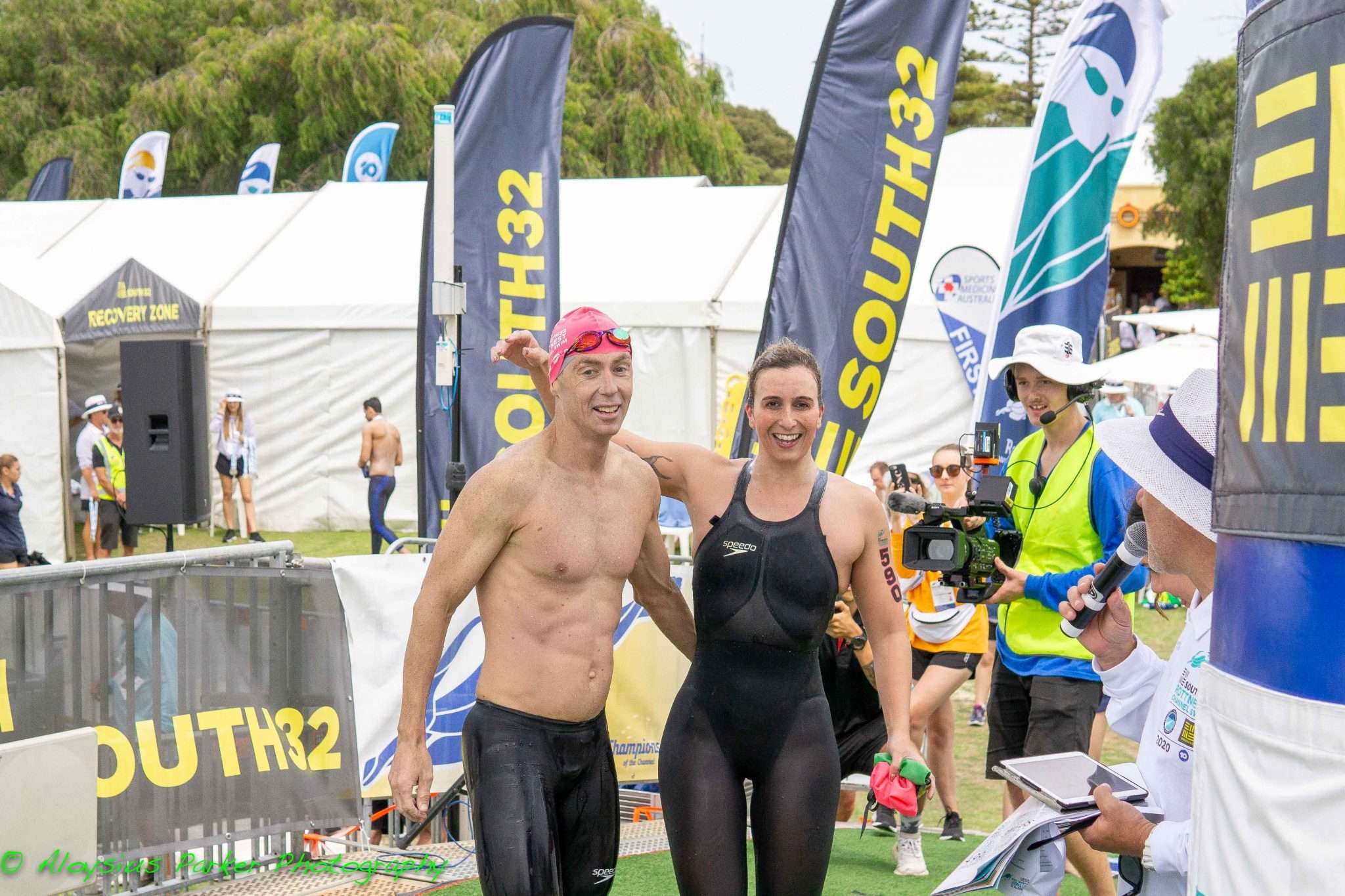 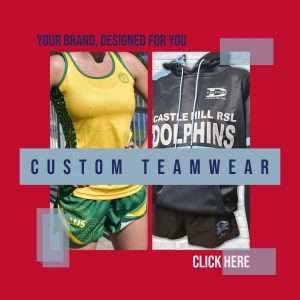 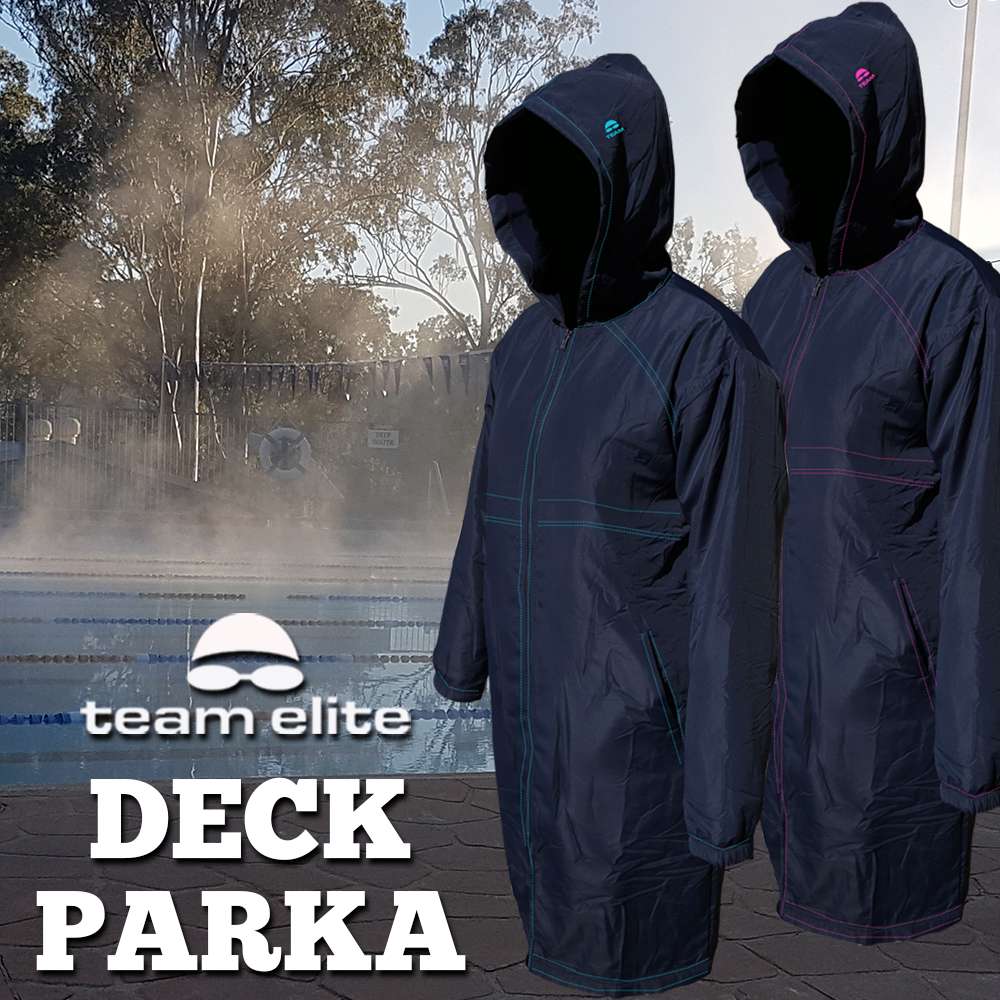 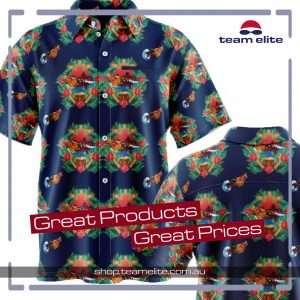 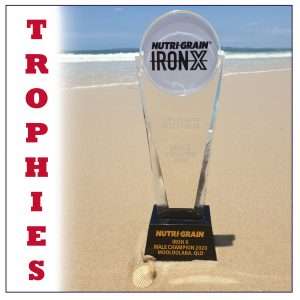 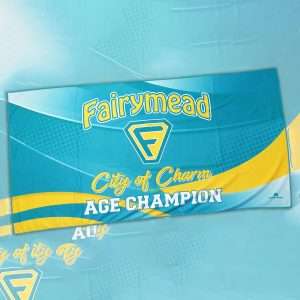 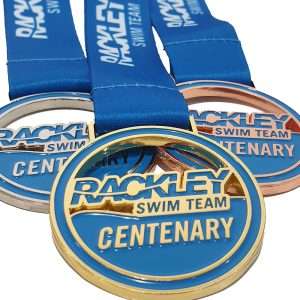